The desire to understand how people will commute (will they?) and travel by 2040 made us conduct a study about the Future of Mobility. In order to get a holistic view about what is ahead of us, we followed the STEEP method. This means we have chosen five different angles to look at the future in general. Specifically these are; social, technological, economic, environmental and political developments.

Many future studies look exclusively at where technology is heading, however we believe this does not make a good predication and leaves out relevant co-dependencies. The world is too complex to believe that technology will develop at a linear path. Human behavior is irrational, crises come unexpected and politicians are hard to predict. Nonetheless, we aimed to understand the major developments that might shape our living over the next 20 years as a foundation to contextualize technological developments. From this extremely rich perspective we then took a closer look at 65 trends that will impact our mobility behavior.

The trends are derived from signs we can already see today. It is research from world-class scientists, knowledge from industry experts and extreme users’ behaviour. The latter are people who currently already show extreme behaviours, which the general public might develop over the next years. Think of a person being vegan 20 years ago. We talked to them in over 98 in-depth exploratory interviews to understand deeply what is going on in the various fields. Beyond these we ran workshops with children to understand their dreams and worries, we visited events and formed a panel of experts to challenge our findings. The iterated trends that resulted from these interactions were composed into a trend radar, which relates each of them on a time-horizon based on when we expect the majority of the society to adapt them.

Ultimately, we funnelled these trends into four scenarios or stories that allow everyone to imagine how Roland, Nathalie, Mark and Maya – fictional characters - will get around in 2040. The scenarios are the corner stones of the actual future and provide room to empathise with how mobility will look like in the future.

The first brain-computer interfaces hit the market in 2037. They allowed direct, bi-directional communication between human brains and external devices, and even restored some sensory perception to those who lacked it due to physical disabilities. Implanted chips extended the brain’s capacity and connected it to the internet. Soft wearable exosuits appeared that enhanced physical abilities such as walking, jumping and gripping, while extending the tactile perception of reality. Alongside advancements in data transmission, these advances made teleoperation viable – so repair technicians or surgeons could do their highly-specialised work remotely. Humans were on their way to becoming cyborgs, permanently connected to devices that enhanced their mental and physical capability.

Nathalie in the Ecotech Archipelago

In 2028, northern Portugal was swept by raging wildfires whipped up by savage winds. The resulting damage to crops and rural supply chains created a long-lasting and catastrophic food shortage in the capital, Lisbon. The government, unprepared for the disaster, was slow to respond, provoking widespread civil unrest. These events highlighted the fragility of Europe’s infrastructure, and its vulnerability to climate change. European entrepreneurs decided to look for abetter solution. Increasingly, they opted to move out from the cities to rural areas, where they found communities that leveraged automation and decentralised technology to become self-sufficient. Over the decades that followed, this movement gradually went mainstream, replacing the centralised infrastructure of the past.

Over the past 20 years, an ever-expanding area of Venice has spent an increasing number of days per year submerged beneath the waves. Eventually, the local government had to implement drastic measures, with the help of the UN. For decades, the effects of climate change were predicted accurately and in detail by scientists, but played down by politicians and the private sector. The result of this inaction has so far been reflected most visibly in increased flooding and extreme weather catastrophes around the globe. While robust measures are now in place across Europe, it is unclear whether these will be sufficient. Lifestyles have changed for everyone and tourists visit Venice now digitally.

The year is 2042. As a result of the “Green Wave” of the 2020s and the rise of the Green Party in Switzerland, private transport is now taxed at such a level that it has become the preserve of the rich, those who need it for professional purposes, or for individuals who receive subsidies. Advances in technology have allowed the creation of a modular but seamlessly integrated transportation system. Thanks to a national digital currency, along with the involvement of the old Swiss Federal Railway (SBB) in the nationwide transport network, traditional Swiss reliability has extended to every part of life. However, the idea of punctuality has largely become a thing of the past, replaced by an effortless flow from A to B, available to everyone, on demand.

To find out more about the future of mobility read the complete study here. It gives you full transparency about the method we have used, the experts we have talked to and most importantly you will learn about all the trends, their relation and the four scenarios in detail. 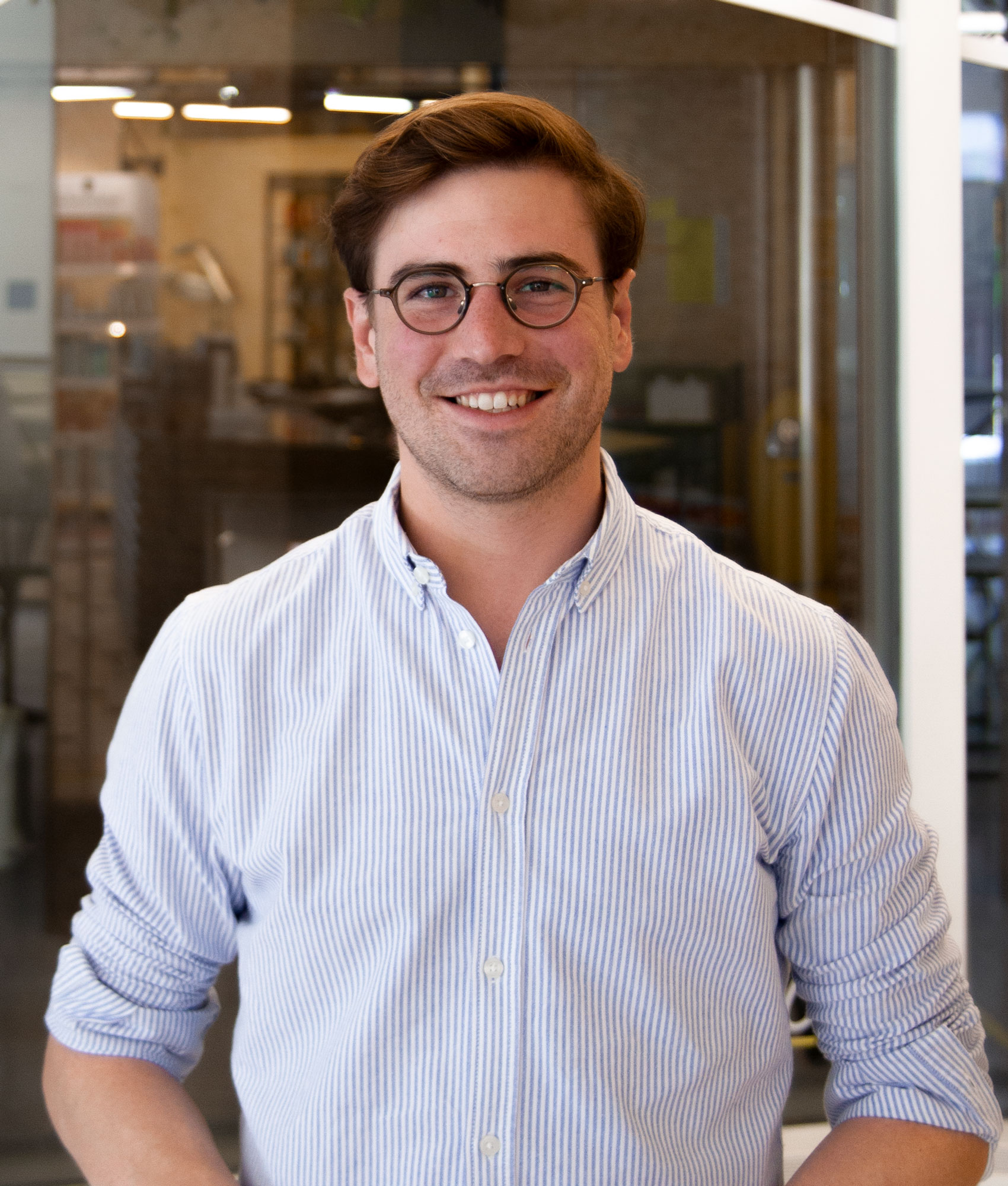 Daniel Perschy
Lead Consultant
Daniel is academically trained in innovation management and business development and has previously gained industry experience within the banking and mining industry. He holds a MSc from Copenhagen Business School and a degree from Vienna University of Economics and Business. Innovation as a means of creative problem solving to benefit human, society and environment, requiring freedom, experimentability and diversity – this understanding is at heart when he collaborates with clients at Spark Works.