MEET THE WOMEN IN OUR SPARK NETWORK

→ Interviews with women of Spark Works

Our Spark Network is vast and often it's much easier to put a name to a face. We sat down with three women in the Spark Works community to ask for their take on International Women’s Day 2021 and carving out a professional career.

Linda Armbruster, Managing Partner at Spark Works
‍
Linda holds an M.A. in Strategic Design from the design akademie berlin. As a trained Design Thinker from the Potsdam and Stanford d.school, co-founder of Spark Works and lecturer at the ETHZ, she builds and leads research and training programs in the private and public sector, blending methods grounded in Human-Centred Design to inform and inspire insight-driven innovation. Leading an interdisciplinary team Linda tackles complex innovation challenges and contributes insights and creative thinking to projects in the private and public sector. With her recent executive diploma from Oxford Business School she pursues her passion and interest in organisational leadership.

Diane was born in Zürich and grew up in both the United States and Switzerland. She received her Bachelor in Business Administration majoring in Marketing and Management with a minor in Psychology at the University of Miami. During her career she has been the Marketing Manager at two companies, gaining experience in gastronomy, social aid, and artificial intelligence. She strongly influenced the growth at Parterre Basel during her six years there, not only from a marketing perspective but also as a member of the management team. She’s also a member of the board of Park Forum Wylihof AG, her family’s business. She joined Sparkademy this year to quench her thirst of promoting a human-centred and innovative approach to learning and business.

Barbara has extensive academic and practical experience in areas of social innovation. In her doctorate in Social Innovation and Business Ethics, she explored the mechanisms that help reconcile social and economic objectives in social enterprises and NGOs. Barbara has worked as a consultant, project manager, and volunteer with different organisations in Europe and Africa. She is originally from Sicily, Italy. She currently works in the Rector of ETH Zurich's staff, leading the ETH Talent project, a strategic project aimed at increasing the employability and civic engagement of university students by integrating social and personal competencies in more technical curricula. Barbara also works at the ETH Student Project House as a Social Innovation Expert. She consults the development of student-driven innovation projects targeting the generation of social or environmental impact.

The theme for IWD 2021 Is #choosetochallenge. What does this theme say to you?

Diane: The first thing that comes to mind is challenge the status quo. Just because something is one way, doesn’t mean it should be that way. Don’t live by what is socially or historically acceptable, instead live by what feels morally and ethically right to you. Ideally don’t do so silently to support positive change. #speakup

Linda: As an innovator I choose to challenge every day. My (mainly corporate) clients pay me to bring in fresh external perspectives that challenge the status quo. A few decades ago, companies could build a strong business model and apply it more or less unchanged for years. In those times, success was based on stability. Today, that no longer holds true, as relentless innovation, social trends and new technology disruption threaten established organisations. Successful are those organisations that show corporate agility: meaning rapidly adapt to change and continuously challenge themselves.

‍Barbara: The theme tells me to keep on challenging the status quo to find ways to expand opportunity structures for women. Lots of progress has been made already in terms of access to education, workforce or voting rights. However, these efforts are not equally distributed across countries, and there is still a lot to do in many other daily aspects of a woman's life.

What advice would you give to your 18 year old self?

Barbara: If I could talk to the 18-year-old me, I would tell her to have trust in herself, to be brave and curious to explore the woman she wants to become in life. I would tell her to dream big and not feel guilty about wanting a different life than the one being offered to her.

Diane: Generally, I’m of the opinion that the experiences I had, made me who I am (today) and am thankful for the good as well as the challenging times. Changing any of that with advice wouldn’t be in line with my core belief that every part of my journey however big or small will be a part of who I have become. With that in mind my only reminder to myself would be; "Be unapologetically you.” #beyou

Linda: Follow your passions, not the image you would like to portrait. I was great at math and my teacher always asked me to participate in math olympics, but I didn’t dare as I didn’t want to be seen as a nerd. Don’t get me wrong, I love my job today and the path I took brought me here. However, I think I never even considered male-dominated fields and professions. Engineering for example might not be cool for a young girl at 18, but down the road, things change a lot, you meet new people, change your world view. So figure out what you enjoy.

Could you give us an example of a female innovator/figure and a short description of how/why they have inspired you?‍

Linda: Throughout history, female innovators have often not been given credit for their work, either due to peer pressure, lack of opportunity or flat-out sexism. Women are responsible for the discovery of the DNA double helix, research that led to the development of the computer or Wireless communication. But men claimed those advancements as their own, won prizes for them and earned millions. Austrian-Swedish physicist Lise Meitner for example conducted research on uranium. She wrote the first theoretical explanation on how to split the atom. However, her male lab partner Otto Hahn received sole credit and was awarded the Nobel Prize for Chemistry in 1944. I am happy that today things are different – at least for most parts of the world. So that inspirational innovators such as Dr. Ugur Sahin (BioNTech co-founder and inventor of the Pfizer vaccine) no longer have to stay in the shadows. Together with her husband, Sahin is now not only driving the fight against covid-19, but also investing the billions of revenue made from vaccine sales in her promising cancer therapy research. I am inspired by modern kick-ass women like her, but also the many women before her who invented not for the sake of fame but for progress. ‍

Barbara: I would go with Maria Montessori. She has been an inspiration for me for her academic choices despite her family’s strong expectations, scientific rigor and bravery to change educational methods to benefit the poorest and most marginalised kids in society. These values have shaped my way of thinking about and deploying education as a means to empower others and build competence also in less developed contexts.

Diane: A female figure that has influenced me by her actions is Kathrine Switzer. She was the first woman to officially run the Boston Marathon. Though she was registered for the race, the race manager as well as some spectators and runners tried to physically remove her from the race by trying to rip off her bib number and assaulting her in the process. She didn’t let that stop her and with the help of a few fellow runners she was able to complete the 42.2 km race. Though this isn’t a story of innovation or technology, her perseverance consistently reminds me to continue on the path I feel is right regardless of other’s opinions or obstacles put in my path. Only by doing things that may not seem normal and trying something that is currently out of the ordinary, will we be able to move forward. #choosetochallenge #challengethestatusquo 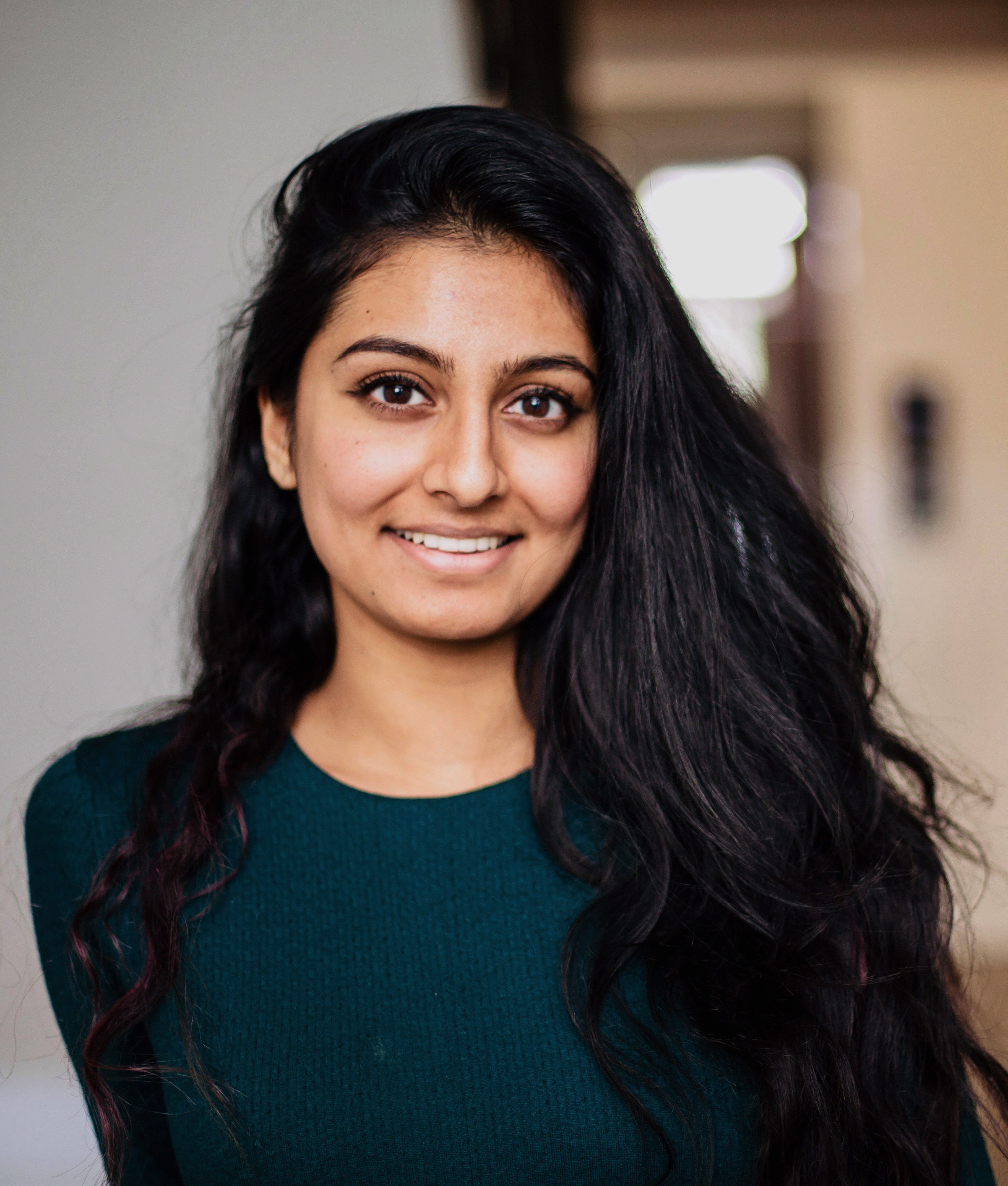 Roshani Anna Amin
Junior Marketeer
After graduating with a degree from the London School of Economics and Political Sciences, Rosh moved to Munich to help build the marketing team for tech unicorn, Snowflake. After discovering her passion for start-ups, she has since made it her mission to work with the “movers and shakers” across various industries helping them to better tell their story and shape their brand. Rosh is driving Spark Works' story and helping more people to engage with our brand with out of the box ideas.